The info provides a useful insight on the rivalry amongst

and Saina Newal which began in their junior years.

2nd round who eventually lost to Saina Newal in the final

after Saina had beaten Wang Shi Xian in the semis.

Today, the ranking in the senior rankings do not

reflect the status quo in the junior years.
Posted by mynahbird at 6:06 PM No comments:

Darren Liew and Chong continue to improve and make progress after continual exposure to tournaments,after having spent years as sparring partners.Meanwhile their juniors touted as world beaters by certain erratic coaches and their noisy politically motivated monkey supporters fail to make much impact as boasted as in the class of Ratchanok ,Tai Tzu Ying or Lee Xue Rui for example..
The improvement of Darren and Chong is merely doing what is normally done by other countries,spending money exposing them to various classes of tournaments to raise their experience and confidence.
Posted by mynahbird at 4:02 AM No comments: 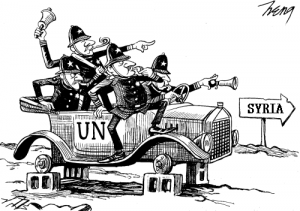 A lot of hot air,probably because the noise is coming from school kids who learn nothing in school,or adults who learned nothing from school or probably the product of schools that don't teach humans to think
Posted by mynahbird at 6:40 AM No comments:

Tribalism,fanaticism and politics in Sports

Let's hope badminton does not degenerate to this level .Thomas Cup in 1964 and 1967 are classic episodes

and yet people from that country although now minnows in the sport are continuing to start fires.

Posted by mynahbird at 7:36 PM No comments: 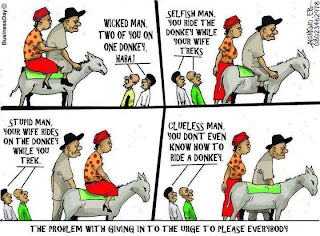 The State of Badminton in Malaysia-Current Trends and Future Prospects

A lot has been discussed about the decline of badminton in Malaysia but little about the continuing dominance of Korea,China and Denmark and the ascent of Japan or Taiwan. A lot of criticism has been levelled at administrators,coaches,players etc.etc. but this is nothing new as this is not the first decline, it already happened in the 50s with the retirement of Eddy Choong, then in the 60s with the retirement of Tan Aik Huang,Tan Yee Khan and Ng Boon Bee, then again in 1970 and 80s after the racial clashes and coup and the implementation of the NEP,with a bright spell in the late 80s and early 90s and again in late 1990s and early 2000.It went back to sleep again after 2006 or thereabouts.
A lot of bitching and baying till the cows come home has been levelled at the decline in the local scene but little has been discussed about the critical success factors of the evergreens like China, Korea,Denmark, and now Japan.Nit picking on the advantages of having a hands on strong-man like Li Yong Bo ,better coaches (when all the best in the world such as Park Joo Bong, Frost, Indra Gunawan, Rexy, Li Mao, Yang Yang have passed through) is prevalent.
I would like to suggest that the main problem as to success and failure is not in these petty things but rather it all boils down to 1)economics, mainly the extent of public spending,  linked closely to it the success of the private sector resulting in more sponsorships of players and clubs, and the next thing, 2) the culture of the society in question.

I believe China , Korea, Denmark and Japan are successful mainly because they are rich countries.China and Korea probably enjoy more allocations of tax money to bring up the prestige of the sports and to Olympic glory.Their successful private businesses also provide a lot of sponsorships to players,clubs and leagues.Denmark and Japan may not be so lucky in public sector allocations but they are rich societies with many rich business-men ready to throw in sponsorship.Frost or Sho Shasaki were and are self-supporting pros,they never depended on public funds.People in Denmark can afford to balance their careers because their rich societies are able to care for them one way or another and it could probably be true also of Japan.

At the moment the government here is struggling for their continued existence and to balance the budget and funds are limited.The private sector is struggling too and can hardly afford to splurge on promotion of sports unless there is a handsome return.Then there is the political and social obligation to provide lifetime employment and affirmative action (nowadays focussing on preserving and enhancing the wealth of a class of elites,supporters and hangers-on.).Advanced societies like Korea,Japan and even Denmark are industrialised and place high emphasis on technology and human resources and also manage their resources prudently.Their people are objective,  disciplined ,progressive and are productive and have strong work and business ethics.This is in stark contrast to societies here steeped in politicking and bitching on just about everything without clear objectives and purpose other than personal ones and vested interests.Then there is the psyche of the people of this region,behaving like spoilt kids demanding unrealistic results overnight and immediate returns on investments and instant self gratification with no long term plans and goals,generally overcrowded with empty vessels demanding attention and blood,as exemplified by the noisy ear deafening chattering supporters in the stadium, a habit picked up from schools and the education system probably.

With so much baggage to carry it is no surprise that little can be achieved. The success in 1992 was all achieved with generous allocations when money flowed like water and the best coaches and sparring partners in the world were hired from countries who were at that time struggling with the same problems we have today.

I believe all these problems are linked and it is not so much that we are descending, its more because other people are progressing. We are not progressing because we are caught in a mindset that retards real economic growth causing the government to be poor and the private sector to follow suit, which then impinges on the rest of the activities resulting in people holding on desperately to whatever they can hold on to with little chance to shine, except in sporadic global economic bursts like in the 70s or early 90s.Given all these factors, unless there is an economic miracle like in the 90s many other activities will also be caught in a muddle.

The future for sports here lies in the role model of Nicole David and Ong Beng Hee, Look West,not East. It is time to disengage the Look East baggage of the 80s, the dark side of Japanese society which has to carry the baggage of bailing -out huge companies (which by the way in Japan are global players, not for example the insular ,protected entities enjoying monopolies in the internal economy here,with protected and guaranteed profits on tax-payers account, deliberately made so huge they cannot be allowed to fail and sheltered from competition for decades.)

If hard facts are required it should be possible to check how much money public and private is spent per year on building a team ,comparing it with countries like China and Korea and also comparing it with past expenditure here all the way from 1988.The results might show for example that the same amount of money was spent in 2006 for an entire team whilst in recent years it was only spent on 1 or 2 players for example .

To predict the future of badminton here just monitor what has happened to soccer after a few decades, now ranked 154 in the world in the company of Samoa,Bangladesh,New Caledonia, Fiji, Palestine  and also the case of Hockey.To avoid it happening to badminton just let the experienced and qualified people steward it, you're barking up the wrong tree,bro, BAM is not a resource sapping business like Proton,Pewaja,NFC
,Indah Water,Syabas or MAS. 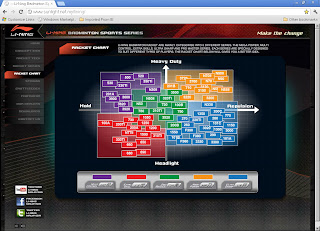